To our awesome listeners,

There been a slight change. Sometimes change can be a bad thing, but this isn't one of those times. When Teras from Geek Nation Tours initially contacted me and Tim to discuss the Freebooters Network, we were honoured that he had thought of us but didn't feel that we were ready to make a full time commitment to that august body of podcasters. But then, a new opportunity arose. Games Workshop has been making fundamental changes to the way that they support the community and interact with their customers. They're actually working WITH podcasts, not just ignoring them as some sort of IP infringement grey area. GW has an entirely new department dedicated to working through social media, podcasts, and other outreach programs. Personally, I'm a huge fan of this idea. Some people, myself included, believe that they should have been doing this all along, but I am happy with the here and now change that they've made and I'm pleased that they finally realized the error of their ways. As part of the Freebooters Network, 40k Radio will be receiving advanced releases of new products to review before they're officially for sale. Now as part of the Network, we will be receiving advanced copies of AoS releases for review. In fact, I got a copy of Silver Tower on Tuesday, played it that night, and have an audio review of the game releasing tomorrow.

Did we sell out for free miniatures and board games? Yes, we kind of did. But we also did it for more reasons than that. What made Tim and I start the podcast was the news that the Independent Characters were shutting down. With an Internet full of Warhammer related podcasts, the ICs stood above the rest as the paragons of positivity. Tim and I wanted to harness our own hobby positive attitudes and carry on the fight. I realize that all of that sounds like hopeless romanticism, but it's truly how we felt and still feel. Joining up with the Freebooters allows us to spread "The Good Word" to a larger audience. We think we have met some amazing hobbyists and want to share those hobbyists passions with you as well as our own. We also want to highlight all of the awesome things that GW has been doing lately. For the way that Tim and I both like to play miniature wargames, GW had been knocking it out of the park with every release since the Seraphon debacle. I mean, look at those Orruk models. Stop, go look at them again, they're incredible,and the rules for them fit the feel of Orks to a tee. Now look at the Start Collecting  and Renegade Knights box. You wanted better pricing, they're doing that too! They're doing a great job and honestly I'm sick of the nerd rage surrounding every GW mistake. I know, Birds gonna fly, fish gonna swim, and Nerds are gonna Rage.

How does this affect you the listener? It doesn't really. You get to hear a couple more commercials than you're used to, but the content will be unchanged. We're still going to talk to you about all the games that we love. But, you're also going to get an inside scoop on new products that GW is releasing, and that's pretty exciting. We'll also have access to more guests which is also really cool right? Finally, you're going to have to add the Freebooters Network to your podcast apps to get their feed, because that's our new and awesome home. I'm not sure what we'll do about the older episodes just yet, we're not closing the Libsyn account just yet. But the truth is, through the Freebooters I've had a chance to listen to a couple of podcasts that I hadn't heard yet, and they're pretty damn good.

If you'd like to listen to Episode 15 (and why the hell wouldn't you) you can find it here where we talk all about organized play from Canada.

Posted by Gigantor at 09:09 No comments:

If you would like to get a hold of the campaign rules that Tim and Alex discussed in episode 5, here's a link to the PDF.

Justin
Posted by Gigantor at 20:19 No comments: 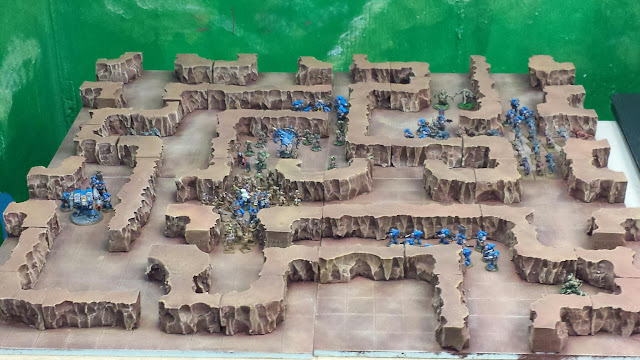 Space Marines vs Nurgle on the finished product 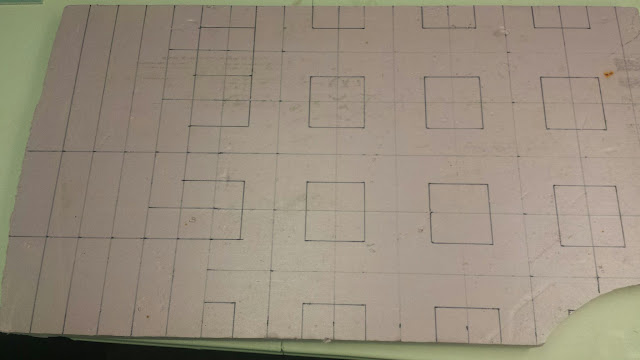 The 2" foam before I started cutting 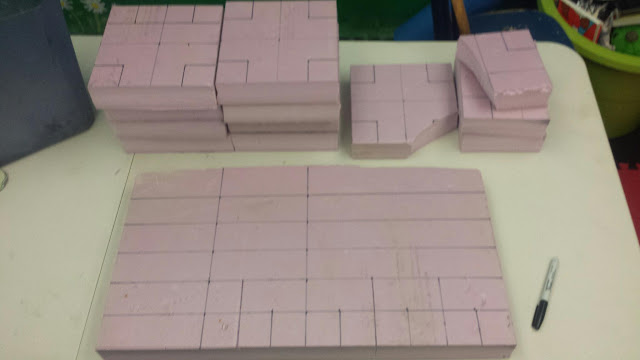 Cut and ready to be shaped 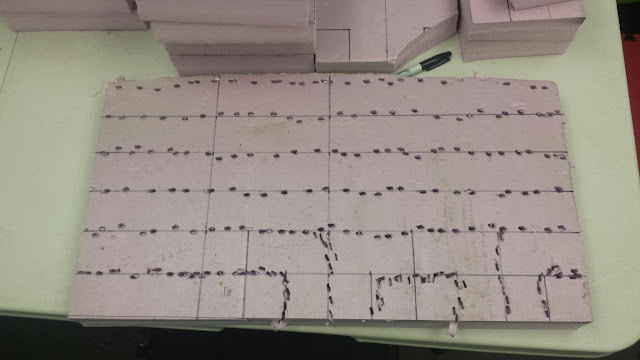 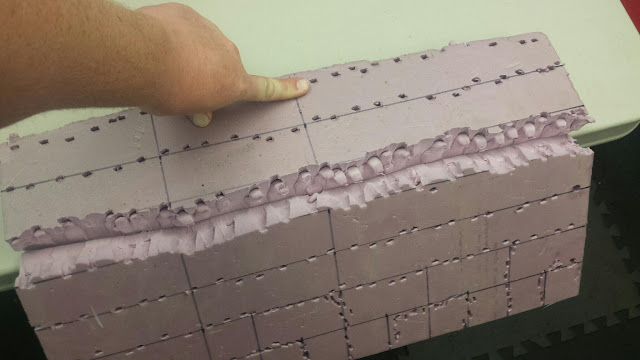 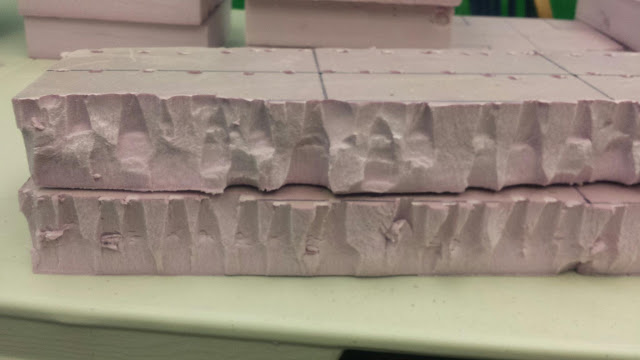 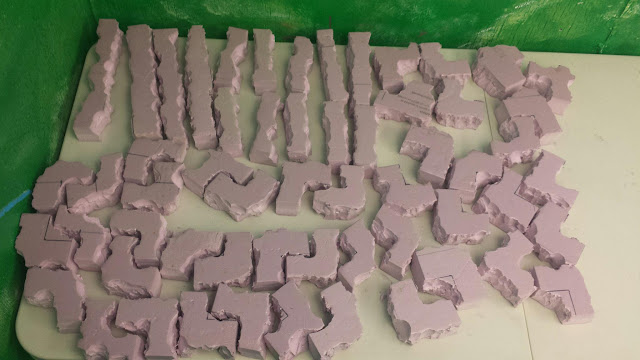 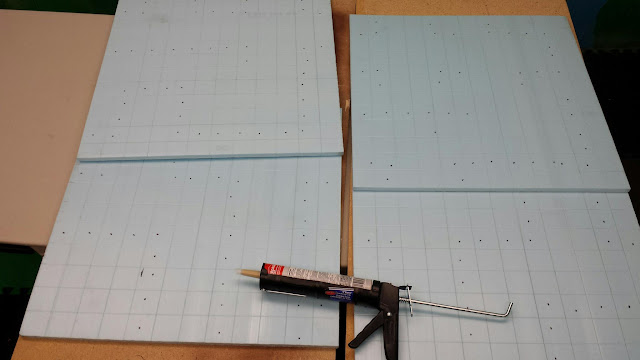 Grid marked out and glue ready 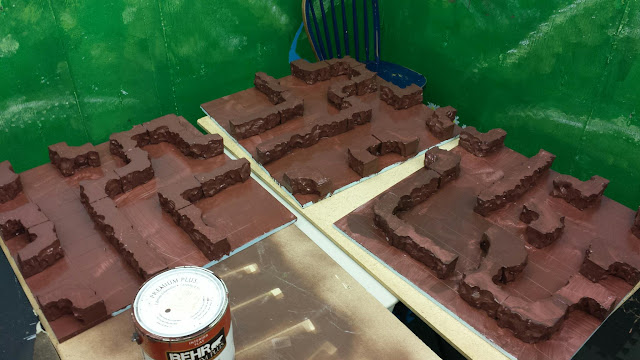 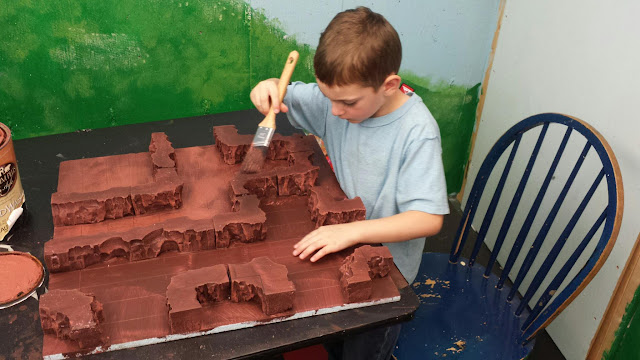 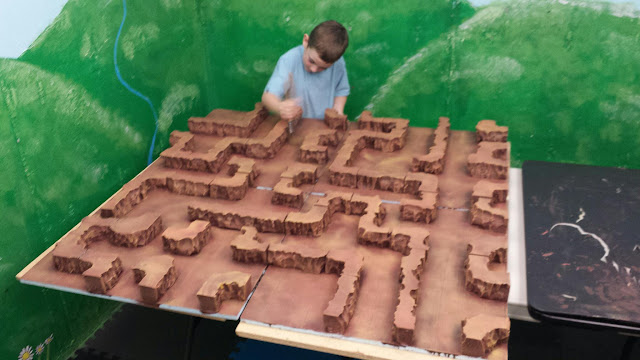 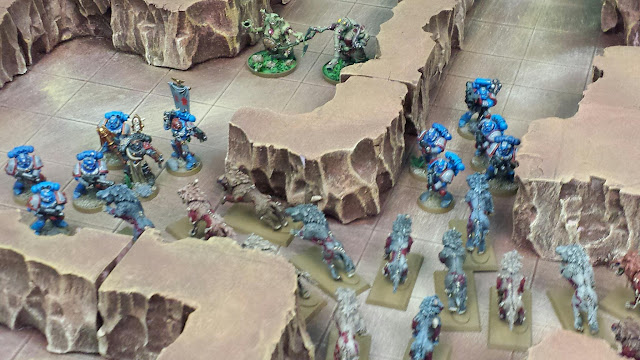 Drybrush #3 brings it all together. 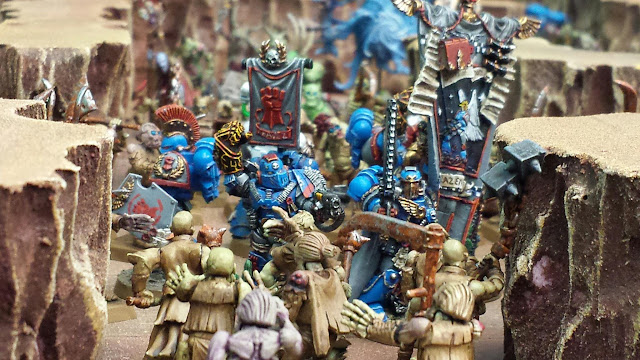 Gigantor
I've been collecting, playing, and painting Warhammer and 40k for 12 years now. As a father of 3 my goal is to convert them all into gamers post haste. This is my hobby and what I do in my limited down time, so I want to make it as enjoyable as possible, The goal is always to forge a narrative with painted armies on great looking terrain.